Leveraging the power of Data

Fragrant Opportunities In The Air For Indian MSMEs

While most urban startups are focussed on two things – venture capitalists who can potentially give them money to setup and run their businesses and on getting a word out in the media – online and offline, I came across this very interesting venture that focusses on generating databases of information about rural India and sells this information to those want to look at rural India as a market and it employs locals youngsters to run the operations ensuring that it eventually benefits the communities in the villages.

Pradeep Lokhande’s RuralRelations has compiled data of about 40000 villages across 8 states in the country. They sell this data to the companies and brands that want to target these villages while also giving them access to the talent that is available in the villages.

As per this TOI article Pradeep started collecting data on villages by sending  postcards to the village elders like Sarpanch or School principal asking them for provide the basic data on the village. After initial struggle, they could go down to the extent of collecting information about the products used by the villagers across age groups. He even conducted opinion survey for the political parties.

I loved his concept of non resident villagers who are helping him setup libraries in villages. He created a channel for donation of used computers to village schools.

I need to study this venture in detail.

More on this topic 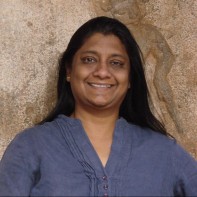