There is enough literature on Incentivizing employees to be innovative. The often quoted examples of Google and 3M giving a percentage of work time to employees for their free will is also seen a productive way to incentivize. Lesser mortals end up announcing schemes where at the end of the funnel there is a tangible reward. Sometimes these are even cash awards for the best idea – remember not the best implemented idea but the best suggestion. There are two opposite views to incentives and an organization must balance the two to achieve a usable result.

Most established big organizations tend to push people to work within the boundaries of their well laid out systems and processes. This brings in a kind of complacent behavior that tells people that they need not think and all they have to do is adhere to systems and produce what is expected. Over a period of time thinking is seen as someone else, mostly top management’s job. To get people out of this, to make them think creatively and to tell them that it is even expected of them needs an incentive scheme – something that would lure them to work over and above the base expectations.

On the other hand, incentives should not become an end in themselves where people will work just enough to get those rewards and then go back to their work. There would be some activity but overall it may not help the organization move ahead as people never saw that as the goal. Incentive initiatives should have a clear goal – if it is an HR exercise to motivate people or a strategic move to use the collective brain power available to the organization. For the later, the whole exercise must not end at rewarding the winners but it should actually start from that point onwards by implementing those ideas and drawing benefits from there.

Incentives should also not be limited to organization level as that would only let people compete within organization, the design of initiative should encourage them to compete with the best in the industry if not exceed the benchmarks already set. This is when you and hence the employees will truly benefit from an innovation initiative. Not many companies think through these angles when they announce idea contests.

Ethics and business goals usually find it difficult to find a common ground. Though every business maintains that they follow all ethics, but then so...
Read more
Analyzing Innovation

In his popular TED Video of Prof Nirmalya Kumar talks about making India as Innovation hub. He brings out how the Indians and the Indian...
Read more
Analyzing Innovation

H James Wilson's HBR Blog Make the Internet of Things More Human-Friendly triggered me to write what I have been thinking off, of late....
Read more
- Advertisement - 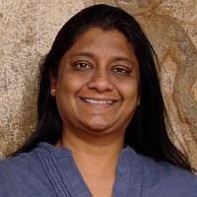