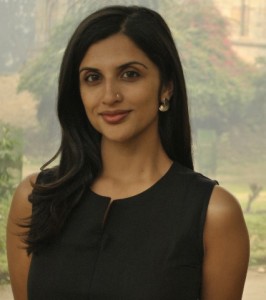 Tania James author of the book Aerogrammes talks about her writing and herself to us here:

Tell us something about yourself. Where did you grow up, what did you study and when did you start writing?

Tania James: I was raised in Louisville, Kentucky. In college, I studied filmmaking. And took a handful of creative writing courses. I think I’ve always been writing, all my life, with varying degrees of seriousness. College was when I learned that writing was all about rewriting. And as simple as that sounds, it was a turning point in the way I viewed writing as a pursuit that required patience, intensity, and time.

How do you relate to Malayalam, a language that you mention in quite a few stories?

I speak what I call “kitchen Malayalam,” the level of vocabulary you’d use around the home. I’m pretty bashful about my accent though. I can understand a great deal, and fairly fluently.

In your stories, you have depicted a relationship between the characters and their profession like the Scriptological Review is about a graphologist, another one about a classical dancer. You walk a bit in the shoes of these professionals and introduce their worlds to the reader. Did you consciously research these professions?

I didn’t do a whole lot of research for either subject. With the handwriting analyst, I felt a could make up my internal logic, seeing as how the character is slightly unhinged and prone to his own delusions. As for “Light & Luminous,” I based the story on the Bharatnatyam classes I used to take years ago. So I had the vocabulary to write about that world, to do it justice and give it depth.

Do you think in today’s time profession plays a pivotal role and everything else takes a secondary priority in life? Your comments.

It’s hard for me to compare this moment in time with any other. I think some distance is needed in order to make such a judgment. I do think work is deeply entwined with most people’s identities. It gives shape to our days and weeks. I also think most women would have more complicated answers to that question. At least most American women I know, who are trying to balance both family and work.

Your stories are also about loss, about the moment you realized the loss and then moving on in life. This is particularly touching in the first story – Lion and Panther in London. Tell us about the genesis of this angle.

That particular story was a challenging one to write. Because I’d never grappled with history before, or with Indian wrestlers for that matter. At first, it was exciting to discover a whole world in which I could immerse myself. And to learn the grammar of Pehalwani wrestling. But I was also tied to the lives of two real people who don’t appear all that much in history books. And yet who continue to exist in the memories of many Punjabi folks. I kept trying to render the wrestlers as peripheral characters, perhaps out of respect or intimidation or both, before I realized that I’d excised most of what had interested me in the first place: the wrestlers.

So when I refocused the story on the personal relationship between those two wrestlers, who were also brothers, the heart of the story pulled into focus. Just as you said, it’s a story that centers on loss, in and out of the ring.

Loneliness or the absence of someone you can share your emotions with is also a dominant theme. Do you think this is becoming a way of life in the urban areas across the world and we must learn to live with it?

I think it’s becoming increasingly clear that communities are fragmenting. And that households are becoming more nuclear. It’s an unfortunate development I think, a vacancy that Twitter and Facebook and the other internet “communities” can’t fill. I wish I could say I was more involved in my own community. But I’m such a migratory creature that I have yet to sit still and really put down roots. And now, as I enter my early thirties, I’m starting to feel the cost of that sort of existence.

What stands out in your writing is the delicate handling of the characters which is rarely seen in today’s writing which is getting more and more objective like our lives. Your comments Tania James.

That’s nice to hear. That delicacy comes over the course of many drafts. I often find that my early drafts are very heavy-handed, as I’m trying to figure out who my characters are and where they’re headed. Once I figure out these things, I can pull back on the reins a bit. And let the reader approach the characters without so much interference from the prose.

I am curious to know about the Girl marries Ghost story. Is this really a tradition that is followed somewhere in the world or is a legend that you converted into a story to explore some shades of human emotions that may not show in the realm of the human world?

I was reading a book review in The New Yorker, by Ariel Levy, who referred to an eighteenth-century practice in China, of women marrying ghosts. As fantastical as that sounds, it had very practical implications – by marrying a ghost, a woman could protect her property, and would never have to bear children. So I basically took the practice and planted it in contemporary times. One of my goals, in writing that story, was to make the peculiar seem familiar and true. And to use these fantastical elements to explore very common and human feelings of mourning and longing for loved ones who have passed.

You studied Film Making a teach Creative Writing (Wikipedia says so about you). How do you compare the two mediums of storytelling?

Writing allows the reader a level of psychological access that a film – at least no film I’ve ever seen – can provide. On the other hand, the visual language of the film allows it to move more quickly and efficiently. And perhaps even provides more immediacy than writing can. Usually, I read a book in order to be entertained. And also to give myself a bit of a mental workout. It’s a balance of the two. And with that workout comes a payoff much greater than the feeling I get from any other medium. But of course, I’m biased.

I always look for Rasa ( juice that engages and entertains in a story, sometimes also called emotions) in a story or writing, Your stories highlight the Karuna Rasa (the emotion of compassion). Your comments.

Why thank you. I find that the many of the stories I love best lead me to feel a deep concern, and compassion, for certain characters. So it’s a great compliment to hear you say that.

Tell us about your future writing projects.